I was Lecturing and a Very Well Known Magician Who I Will Call Mr. X Tells Me I Should NOT Be Teaching Other Magicians The Effects I was Explaining in my Lecture. I asked why and His Response SHOCKED Me!

*Warning - You Might be Offended By His Comment, If
You Choose To Keep Reading Don't Say I Didn't Warn You! 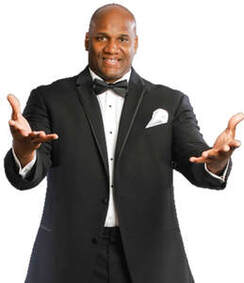 Thank you for leaving your email address.  As promised here is the page outlining the information about my DVD.  You may or may not know who I am but that will not matter because what I have for you will interest you in a huge way.

You are going to benefit from my so called ignorance - Let me explain.

A number of years ago a friend said "Hey Eric" you should consider lecturing to other magician about some of the material you have created over the years.    I thought about if for awhile and OK Why Not, this will be a lot of fun!  Even though magicians were not my target audience I realized I could set up a lecture when I happened to be performing in a city that had a group of magicians that get together on a regular basis.  Assuming our schedules jived, that would be the perfect way to go about lecturing for my fellow magicians.

So - I put together a lecture and presented it in front of a few magic clubs and I was happily surprised with the response.

It isn't necessary for me to give you Mr. X's name, but believe me you would know exactly who he is.  After my lecture Mr. X pulled me to the side and made three interesting comments.


(I will explain his third comment in a second)

He was entirely correct about his second comment.  However his first comment kind of surprised me a little.  I asked him to go into more detail.  He went on to tell me that magicians will buy anything.  Here is his exact quote!

* "You can put a piece of shit in an envelope with a price tag and some instructions and magicians will buy it all night long.  Eric you don't have to actually give them the good stuff"

I said I'm only lecturing on the material I perform in front of paying audiences.  He said I know that's why you shouldn't be teaching this material.  We went back and forth for a minute and eventually agreed to disagree with each other.

In The Back of My Mind I'm
Thinking Wow That's Jacked Up!

Anyway, I presented the lecture a few more times without making any changes, and finally I had the lecture filmed in it's entirety.  And that's what I want to talk to you about.  I'm offering the original lecture on DVD until I run out of the copies I have.  (More about that in a moment)

I titled the DVD "Almost Everything" because after seeing the lecture Mr. X said I gave away the entire farm on my first shot out of the gate. (That was his third comment)

It's Just like You Are
Sitting There with Me!

This DVD was filmed live from Start to Finish and nothing was left out.  You will experience exactly what the live audience witnessed.  Over 2 hours of non stop magic.

That's more then Fair!  Your investment for the "Almost Everything DVD" is just $45.83 that's right I'm giving away the farm for only $45.83 dollars.  If you take action now I will even ship it to you on my dime.

Let me explain WHY I'm giving my Professional Material away for so little.  I had a few DVD's put together with the intention of setting up a Lecture Tour - Because of my performance schedule I haven't had the time to schedule and organize the tour.  I figured this is a win win for everyone. 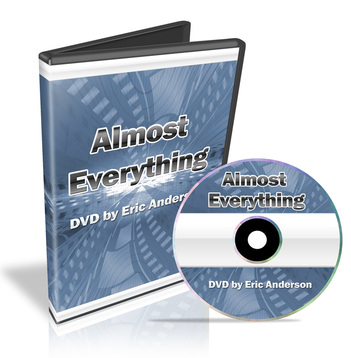 Here Is Something
You Should Think About!

I could easily break up the routines and sleights on this DVD into at least seven separate DVD's and get at least $50.00 for each one or offer the complete set $350.00.  And honestly I am thinking about doing exactly that!

Believe me there is WAY more then $350.00 dollars of value contained on this DVD / DOWNLOAD, and I'm giving almost everything away for a measly $45.83 dollars.

"Shufflescue by Eric Anderson is a Jaw Dropper.  I Remember the first time I had seen it used by Eric.  Everybody fell over when he revealed it was a false shuffle.  I will warn you it requires a ton of practice to master it, but worth the effort."  Johnny Impossible - Omaha Nebraska

Ready to get started?  I have two ways for your to receive the "Almost Everything DVD"

Take the time to get this POWERFUL DVD / DOWNLOAD you will be glad you did!  Go ahead and do it now while your still thinking about it.

Thank you for your attention.